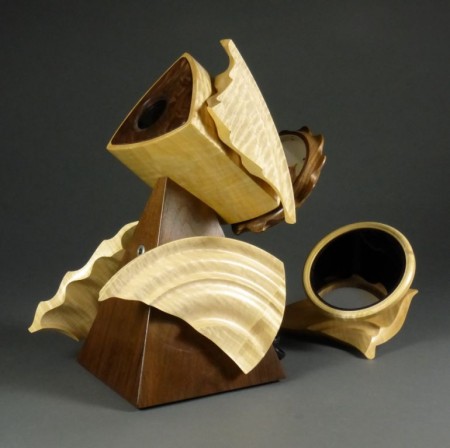 I am proud to present a new limited edition kaleidoscope for 2014.

The 5 mirror system is a concept from a scope that I did previously called “Phantasmic Stratums”.

The white background in the liquid-filled image cell gives lots of brightness and depth to the image. Finely worked lampwork glass is used in the image cell for a detailed image.

The image can be illuminated with an exterior light source directed to the cell with the detached mirror, or use the interior LEDs and light it from inside, giving the scope a whole different look. 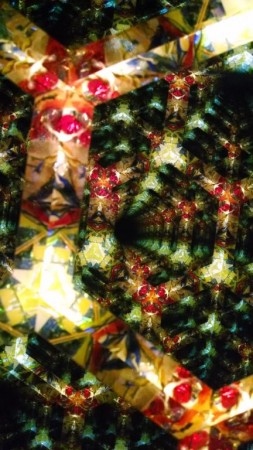 The image has a hexagonal pattern and looks something like a honeycomb on hallucinogens that repeats itself in to the darkness below.

The body has a stunning grain pattern from curly Maple that I found last summer in my travels to Iowa combined with Walnut.

Finished with hand rubbed oil finish buffed with carnauba wax to show off the woods.

I’ve had a lot of fun using magnets to attach the winged sculptural elements to the body of the scope and people can take them off and reposition them, or exchange them with each other.

Phantom is available for purchase at our online store.